Sixty minutes to speak every language

Patrick Corillon, who has worked as a visual artist for le Théâtre de Liège, is presenting the third part of his quadrilogy, Les vies en soi, which tackles the search for identity and whose first two parts, Le benshi d’Angers and L’ermite ornamental, were presented during our opening night. In this play, he combines his drawings with his stories to make the characters and the landscapes more alive than ever. These elements are inspired by Ossip Mandelsteam’s story, when he was a prisoner in the USSR and was telling hopeful stories to his cellmates. We already know that stories can save us. But is it so because they have the power to take us somewhere else completely or, on the contrary, because they give us the strength to face the toughest realities? 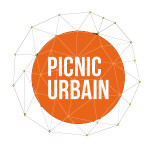