At the end of the nineteenth century, Jef Lambeaux sculpted his colossal relief called Human passions, which was very controversial among conservative spheres. This work of art is at the centre of the play, which gathers French-speaking and Dutch-speaking actors. The text written by Erwin Mortier is to be seen as a great historic fresco wherein the talented director Guy Cassiers repaints a portrait of Belgium made up of maneuvers, desire, cheating and human passions. 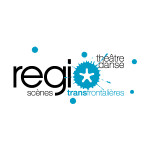